While many students of SABSA appreciate the framework for its completeness of vision and intellectual rigour, they often encounter challenges in establishing it as an agile, cost-effective practice within their organisation.
In particular, the number of required artefacts in the SABSA Matrices that must then be maintained with referential integrity represents a considerable document management overhead when applied at scale.
This is not a problem unique to security: it is inherent in developing complex, multi-faceted systems.
The problem has been addressed in similarly complex domains by moving away from traditional documentation towards a model-based systems engineering (MBSE) approach, supported by tooling.
Enterprise Architecture, of which security is an indispensable aspect, has access to such an MBSE approach through the adoption of ArchiMate® into its core practice.
Unfortunately, ArchiMate’s ‘out-of-the-box’ support for the security perspective is somewhat underdeveloped and does not support SABSA’s richness, rigour and attention to detail.

Using ArchiMate’s inbuilt extension mechanisms, a Working Group of experienced SABSA Practitioners has defined a Security Overlay for ArchiMate designed to fill this gap.
The Security Overlay has recently been updated and described in Modelling SABSA with ArchiMate, v2.0, published by The SABSA Institute.
The paper defines a set of properties, elements, conventions and patterns that enable the security perspectives required by the SABSA framework to be expressed in ArchiMate and overlaid onto conventional EA models.
This approach offers several advantages:

The Practical SABSA with Modelling Tools course provides a hands-on tour of theory and practice that will equip the candidate with basic proficiency in using the Security Overlay.

Course instructors are leading experts in this field, each of whom participated in the SABSA Working Group that authored Modelling SABSA with ArchiMate, V2.0.

To benefit from this course, candidates:

The following will be advantageous but not mandatory for students interested in registering:

Before taking the course,  candidates should familiarise themselves with Archi, the free Open Source modelling toolkit for creating ArchiMate models and sketches, and have a basic competence in creating ArchiMate® models. 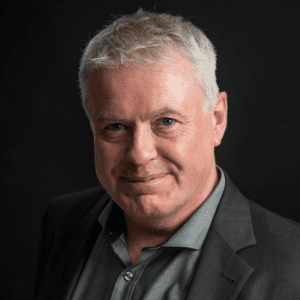 GOT IT! -- We will get back to you as soon as we can.
View Full Training Schedule